Well before the purim post, I want to tell you about this morning - doesn't really matter why and what (yeah, my fault) but Butterfly was in pain and it took me sometime to fix. She afterwards gave me the LONGEST HUG EVER, like she was saying thank-you. I always (as in before being Butterfly's mum) looked from the side at the kids hugging and kissing and drawing pictures for their mothers, and wow now I'm there!! (not the drawing of course, but speaking of drawing - funny thing. I have a pile of papers printed on only one side that are used for her scribbling. I tend to offer her the white side, but she really prefers the side that is not just plain boring white, lol)

Oh, another before - her newest word is mummy, which she says over and over again. My daughter is calling me mummy :-))).
And now for the purim pictures! (I know, I just had a picture post and now another one..). Since I call my daughter Butterfly on this blog, I thought it would be right that her first purim (last year doesn't count because she was too young to be dressed up :-) ) costume would be of a butterfly.
Also, I so want a tradition of mother making her kid(s) costumes. So, maybe far from being perfect, but I'm practicing :-). [oh, and the wings, instead of making straps to go round her body/shoulders which I don't really know how, I tied to her backpack (hoping it will be hidden behind the wings, not so, oh well)]
kl 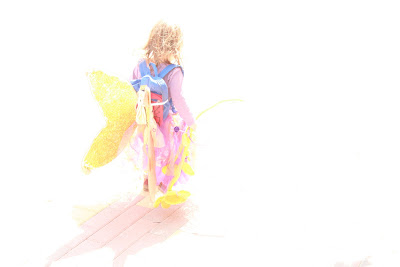 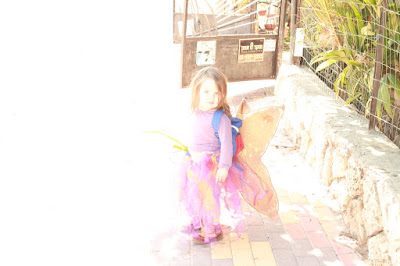 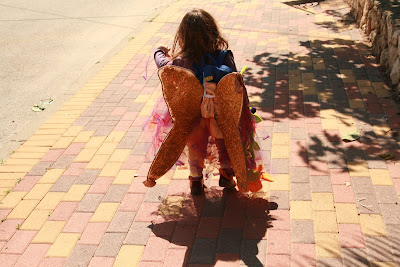 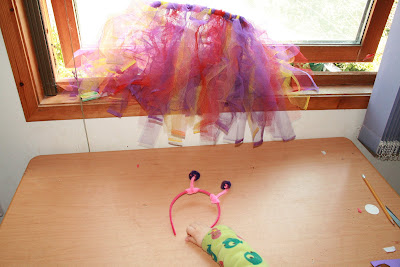 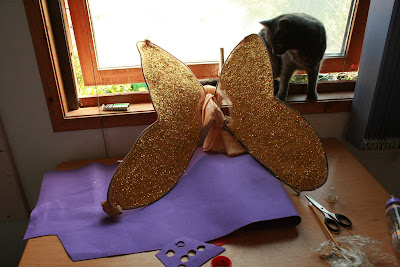 She looks beautiful! Well done for making the costume! You should get mama daughter pics taken!

Okay, I really want to see the flower costume, too! LOVE the wings! She looks absolutely adorable. My kids and I went in a 70s theme to our Purim carnival. We also have a Japanese student staying with us who went in 70s dress, too...with a rainbow mohawk wig...it was great!

For me the joys of purim are the hamentashen. mmm. its so nice that Butterfly is saying mommy. i can't wait for that. love the costume.

She is SO beautiful!! I'm been gone from the blog world for awhile and had to check on you. She has gotten so big. :)

What a gorgeous costume :)... and so beautiful to hear the words mummy :)) xoxo

There's no sweeter sound than your child calling you mummy...Elena is still calling me Dada, sigh :)

Great job with the costume!

Oh, the Purim dress is fantastic, and made with so much love by her mum!

Glad to learn of the fantastic new word she has learnt...