No!
Well my little Butterfly has her first word! [and this is old news as in I think about two weeks ago, but I was keyboardless..] "Do you want....." "no!.. no!" . Might I add how cute she is when she says it :-). I think it's kind of funny (and shows how late she is) that "no" is her first word.. oh well..
And the day after we were also blessed with a second word (but none since) - Yeye. That will be Wendy, my sister (& neighbour)'s dog. Every morning we go for a little walk, and Wendy joins us so it does make sense that that would be one of her first words (though doesn't "mummy, I love you" sound like a better candidate for that second word!? lol)
Besides that, the ball has started rolling in the speech therapist direction. First I have an appointment (just me) with a social worker. Then there's a speech therapist and a doctor (should be together but the doctor can't see me before April! [and I was told I was lucky as usually it's as long as Sep. If the speech therapist will see a need, they will somehow find me an earlier date or something like that]).

And there's the "no" that I tell her. I've encountered the term "free range parenting" and while I'm not exactly sure what they mean by it, I love the term and think of myself as a free range parent. Quoting from steady mom: "Respect your child as a person, providing firm boundaries but plenty of freedom to become who they are meant to be." I think (hope!) I do just that. She hardly hears a no from me - I'm either very permissive or prefer diversion. I just think there are so many things she can't do, so many small frustrations in her little world, that I don't need to add. But there are boundaries. Like the road. She is free to walk on the pavement (as in she doesn't have to hold my hand). But she MUST NOT go down to the road. And she know it! And most usually she is great (rarely, but she does sometime try me out. I do kind of expect her to test her boundaries..). And I believe she is good on the road [when we need to cross the road, quite often she will be the one asking to be picked up..] because she doesn't hear so much no from me. No, don't go there; No, don't pick that up; No, don't put that in your mouth; No, don't climb that; No, that's dangerous [I think probably one of the last "no"s I would tell her..]; No, don't go too near the edge of the pavement; No, don't smoke [okay that she most certainly would hear from me if...]. She doesn't hear so much nos so she doesn't need to defy me (anyway, that's how I see it). 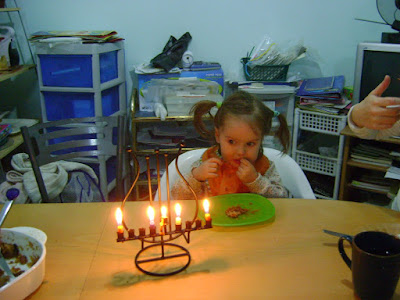 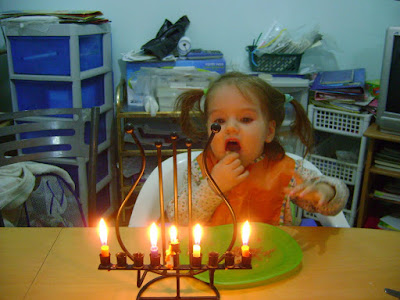 Trust!
My mother doesn't trust me. Probably never has. And you know, that first sentence is a bit wrong as it is not me she doesn't trust, but anyone, she just doesn't trust other people, but that doesn't make it much better. So one of the things that is important for me, is to build trust between me and my daughter. And while I still have to work on my trust, I do believe I trust her very much. Take the above example of walking in the street. I do sometimes get these terrible mother looks from other people but I do know my daughter and trust her (and yes, I am also very much alert and looking/watching..). [and then I walk with my mother and daughter, and mother tries to force daughter to hold her hand, because it is dangerous. She does not trust me (yet again) that I am looking out for my daughter].
And this trust, it is a two way. What's the point of me trusting her if she doesn't trust me..? So I do my best to keep my word. And she trusts me. I see that many times when, for example, I would tell her to wait and then I will xyz, and she waits very patiently!
[and I believe I had more to write on the trust issue, but I can't remember now..]

I think "keeping your word" even when your child is very small is one of the most important things we can show them. Trust is essential and the building block of all other social skills. Good for you-- and great for your daughter!

I agree with you on the word No...I think kids hear it so much that they tune it out. I resolved to use it as little as possible & rather teach by action & example (eg. redirecting Elena away from the plugs then just telling her no, no, no) it's so true how important trust is to this equation.

Yay for Butterfly learning new words...I have no parenting wisdom on the No, so can't say much on it.

"No!" was my Cupcake's first word too! I think it's great for a child to learn the power of that word by trying it out for herself.

I don't think there is anything wrong with the word so long as you can back it up with an explanation. It is, after all, just another word - the intent behind the language is at least as important as the words we choose.