Twice in one day..

It is a hot day. Me and Butterfly go to several shops, get ourselves something nice to eat, then go nearby to sit in the shade on some grass and enjoy ourselves. Suddenly I realize we are missing her scooter. as we assume that we forgot it in the last shop which was nearby, I tell her to wait for me, I don't even put on my sandals and I go.
Well of course it wasn't there! And I had to go barefooted on the hot pavement to where we did forget it. Anyway, as I was returning with the scooter, from a distance I could hear a child crying, and I just knew it was Butterfly. It wasn't that I identified her cry, I think I was too far for that, but it was more of that knowing feeling one has. Seems I was a bit too long and she got scared and she even started to pack our stuff to look for me (luckily I got there before she actually went off...).


Later in the evening she was going to spend the night with my mum. Her cousin also wanted to join, which sounds like great fun! But when I left she suddenly wasn't so sure about spending the night without me. She has spent the night a few times at her grandmother's without me and was very happy about that, but maybe reminding her earlier about the first time she "spent the night" at grandma's [we lived in a unit in her house] and how I had to be with her, caused her to reflect. Anyway she did agree to stay (with her cousin, sounded much more fun than going home!) and I limped [=blister on foot. see above story...] my way home. I came home, relaxed, ate a bit and about an hour later decided to call to see how things are. As I pressed the number 2 to dial to my mum [the shortcut key] the telephone rang. It was daughter asking to come back home. That was totally amazing because it really was that same second!


And on another note.. I've got a FB friend. Someone I know personally from the homeschooling community and I really love her. Except she is pregnant now and ohhh.. Although I suspected she was pregnant, her "announcement" (more asking for advice on a FB group we both belong to) was painful. It was probably a crappy timing for me as I was just beginning to come to terms with me not being pregnant.
Anyway she did mention in another FB group we both belong to how she hates being pregnant, also about having pregnancy diabetes. And I get it that some women just hate being pregnant, even women who try for years to get pregnant [NOT her case] can feel crap and horrible about the actual pregnancy. I did enjoy my pregnancy and really loved it, but I do get it that others feel differently.
She now posted a short status saying that being pregnant is like being in a prison; being with pregnancy diabetes is like being in a dungeon in a prison.
It is her page, she can say what she wants and she is having a hard time. But oh, how I would LOVE to be in her place. On one hand I want to say something bitchy about how there are women who would love to be pregnant, on the other hand, as I said, it is her page. I think I will be much more relieved than her when she finally gives birth!
Posted by Billy at 16:18 No comments:

Butterfly has a book with her story. Something I bought which talks about donor sperm plus IVF but since they were out of print, I had to print it myself and laminate and put it together as a book. In her eyes, I created this book for her..

The other day she said to me - mummy, I will make a book for you. And this is what she made: 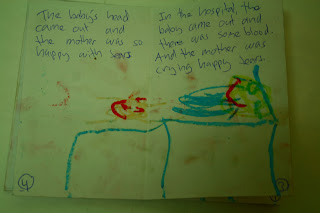 After she drew the pictures, she told me the story and I wrote it down. These are mostly her words. I did add the sentence about being pregnant (how could she skip over that...) but the rest is hers.
Posted by Billy at 05:56 1 comment:

My daughter has a new pet - a guinea pig. She feeds it, plays with it, cleans its cage (hopefully!) and whatever needs to be done. Well actually it is all because of Stirrups Queen and a post I was reading (http://www.stirrup-queens.com/2015/08/559th-friday-blog-roundup/) and Butterfly seeing the guinea pig just fell in love with that animal.

As it happened to be Peggy's birthday,

she got a guinea pig as a present!

And this is our [well Peggy's] new guinea pig: 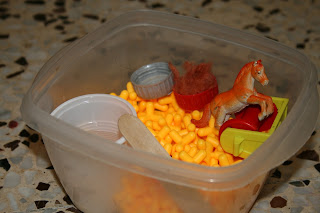 As you can see, he's got a wheel and some food and water and some games (he did have a place for going into and Butterfly did try to make a see-saw for him).

I just love my kid's imagination and how she can play pretend and create a real-imaginative world from the things around her [unfortunately we are not allowed real pets in out flat]. I also love how we've learnt a lot about guinea pigs, each time she asks a question (what does it eat? does it like water? how long does it live? etc) we google it, watch a video and learn more about this animal.
Posted by Billy at 01:21 4 comments: